After the law on citizenship of the Republic of Armenia was adopted in 1995, the process of "voluntary" naturalization of Armenian refugees from Azerbaijan began.

They were granted citizenship, which gave them the right to be elected to public office and to vote, as well as the right to travel. Yet, 25 years later, according to the State Migration Service of Armenia, about 20,000 refugees from Azerbaijan still retain refugee status.

About 83,000 naturalized citizens are convinced that naturalization was forced upon them. They consider themselves victims of the trap set by the country's migration policy. They were hopeful that acquiring citizenship would radically change their social and economic situation. However, this was not the case. Both naturalized citizens and those who have retained refugee status remain the poorest, most marginalized and vulnerable segments of the population. For them, many issues, including housing, education and employment, remain unresolved.
‘We were deceived’ 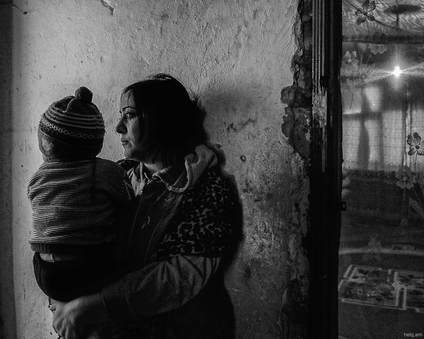 Naturalized citizens stand united in the belief that the Armenian government deceived them. The government promised that they would receive housing after acquiring citizenship. Also, the refugee passport issued by Armenia limited the refugees’ rights to travel outside Armenia. Naturalized citizens are convinced that they lost the protection of the international community when they gave up their refugee status. They also believe that the Armenian authorities are enacting a silent policy of indifference. Naturalized citizens believe that the authorities are waiting for them to either migrate or simply pass away—the mortality rate is high among former refugees.

Nevertheless, Gagik Yeganyan, who heads the migration service, believes that such an excuse is a delusion.

“Many believe that refugee status gives them a greater advantage than an Armenian passport because in the 1990s Armenia received a large amount of humanitarian aid that was distributed amongst vulnerable social groups, and refugees comprise done of these groups. But after 2000, humanitarian aid ended. And yet, people still have this mindset,” Yeganyan said.

About 700 refugee families received their own houses under the housing security program, which operated from 2005 to 2008. However, since 2009 no funding for housing has been allocated. Nevertheless, for more than 1,000 refugee families, the housing problem continues to be the most acute. These refugee families from Azerbaijan, who were displaced due to the Nagorno-Karabakh conflict nearly 30 years ago, continue to live in unfit housing conditions. They live in derelict hotels, boarding schools, and hostels, often without their own bathrooms. Commonly, four people live in a single11square-meterroom, which serves as both a kitchen and bedroom. They are very often subjected to the arbitrariness of the managers and new owners of these buildings. They experience random water and power outages. Managers sometimes guard building entrances to keep out “unwanted” visitors, thereby creating a prison-like atmosphere.

Yeganyan said that the Armenian authorities would be happy to help those with outstanding housing issues, but such “good intentions” run contrary to international practice.

“There isn’t a single international document that says that the country hosting refugees is obliged to provide them with housing,” Yeganyan said.

The fact that they are not just refugees, but Armenians whose fate has been decided by others, when they were forcibly dislocated as a result of the political issue raised in Armenia and in Karabakh, proved to be absolutely not an important isue in terms of the rule of the international law, which, as it turned out, the Armenian authorities strictly comply with.
Policy of Silence 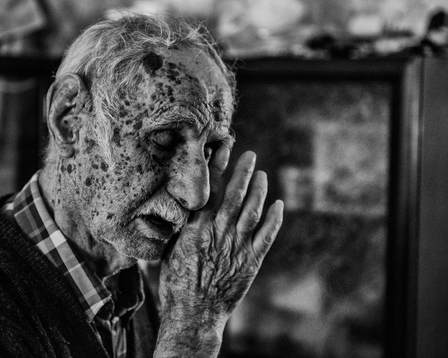 In May 2011, the Armenian government held an international forum with representatives of the diplomatic missions in Armenia to come up with a way to solve the refugee housing problem. The former UN High Commissioner for Refugees and now UN Secretary-General Antonio Guterres participated. The forum aimed to encourage participants to donate an $45 million in funding to solve the refugee housing issue. In his opening remarks at the forum, former Prime Minister Tigran Sargsyan noted that the refugee housing problem was the most important among the social issues facing the country. Yet, despite that statement, the funds were not allocated to the budget. Among the forum participants, the embassy of Brazil was the sole contributor to the fund, donating $50,000. The other forum participants ignored the appeal, arguing that refugees are de jure citizens of the Republic of Armenia, which means that the issues former refugees face are Armenia’s problem to deal with.
​
During his meeting with Guterres in 2011, former president Serzh Sargsyan finally stated the authorities' position on the problems facing refugees by saying that “Yerevan has never politicized the issue of refugees.” One can only wonder why Sargsyan so belittled the consequences of the forced resettlement of the Armenian population. In 2011, refugee issues were finally excluded from the agenda of Armenia's foreign and domestic policy.
Citizens and non-citizens 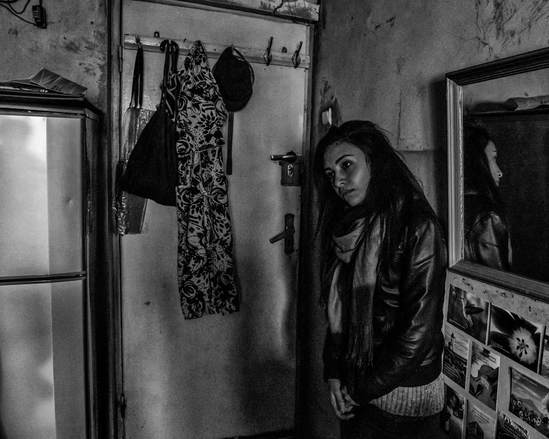 In 2007, during a press conference held on the side-lines of the Ministerial Council of the OSCE conference in Madrid, Azerbaijani Foreign Minister Elmar Mammedyarov said, "Do not believe what you are told in Armenia ... Armenians left Azerbaijan calmly, selling all their property.”

Yerevan’s indifferent attitude toward the plight of Armenian refugees is no different from the official Baku line on their crimes of violent persecution and property committed against their own ethnically Armenian citizens. Today, twice a year, the victims of the Sumgait, Kirovabad and Baku pogroms are commemorated, but the issues their survivors face in Armenia are ignored. Yerevan’s silence suggests a cynical, illiterate and antihuman position towards Armenian refugees, who are treated as second-class citizens. Their rights remain unprotected under Armenian law.
​
Today, Armenian refugees find themselves on the periphery of human existence. They are displaced Armenians whose fate was decided for them, living unjustly in their own hell.
​
Photo: Jan Zychlinski
You can read this article on www.hetq.am website as well.